Slovakia has an excellent road junction consisting of highways and autobahns of the first, second and third class. Traffic and lane markings comply with European standards. The road surface is of sufficient quality, but in the mountainous parts of the road, it is slightly worse.
Payment for tolls on motorways and expressways in Slovakia is carried out using a special sticker, which can be purchased for one year, month, or week. The sticker can be purchased on the website eznamka.sk, via mobile app, at vending machines at border crossings, and at gas stations. For vehicles up to 3.5 t, you can buy a sticker for 24 hours.
In populated areas, the maximum permitted speed is 50 km / h, outside populated areas – 90 km / h, on highways – up to 130 km / h. It is necessary to turn on the dipped headlights at any time of the year and day, regardless of weather conditions. It is imperative to fasten a seat belt in the city and on the highway. The consumption of any alcohol is prohibited. It is also forbidden to talk on a mobile phone while driving and install anti-radar detectors in the car.

Penalties
For speeding by 20 km / h, the driver must pay a fine of 20 euros, and exceeding the speed of 80 kilometers per hour – 1,300 euros. Drunk driving costs 1000 euros. The fine can be paid on the spot in cash or by credit card. A police officer has the right to revoke a driver’s license if the offender does not have the required amount.

Public transport
In almost every city, people travel by trams, buses, and trolleybuses. The prices for intercity buses are higher than for railway transport, but this compensates with the fact that there are more bus routes and often the bus can be reached faster than the train. Bus tickets can be bought at the ticket offices of the bus stations, from the drivers and online. In Slovakia, there is a system of youth and student discounts. Each train has a certain number of free tickets for students, when free tickets run out, the student receives a 50% discount on the trip. Also, the prices for tickets for intercity buses are different – on weekends, prices are much lower than on weekdays.

Taxi
Taxis are very popular and inexpensive in big cities. Less popular in small towns, as you can easily walk there. Prices start at 2 euros in small towns and 3 euros in big ones. A longer trip, for example from the airport to the destination, will cost approximately 7-9 euros.
Taxis can be ordered by phone or via mobile apps like Uber, Bolt, and HOPIN.
You can also order a taxi at the standard price – 5 euros in any direction.

Air transport
There are three international operating airports in Slovakia – Poprad, Kosice, and Bratislava.
The largest is in Bratislava, serving more than 1.3 million people a year on average.
The second largest is in Kosice, serving on average about 300 thousand people per year.
And the third is Poprad Airport, which serves about 150 thousand people, flights from Warsaw, Riga, Burgas, Tirana, Antalya, and London arrive there.

Railway transport
Slovak trains are the main means of transportation in the country. Trains in most directions run once an hour, more often in areas of large cities. There are four types of trains – Osobni, Rychlik, Express, and InterCity. Osobni is the cheapest and slowest type of train, as it stops at almost every station. The fast trains are Rychlik and Express. If you need to get somewhere urgently, then choose InterCity. The most important routes are: Bratislava – Kuty, Bratislava – Zilina, Zilina – Kosice, and Bratislava – Sturovo. The Slovak railway is connected with neighboring countries and is an integral part of European railways. There are direct international connections with Vienna, Warsaw, Budapest, Bucharest, Moscow, Kyiv, and Prague.
The website where you can buy train tickets: www.slovakrail.sk

Water transport
River transportation of passengers and goods in Slovakia is carried out along the Danube River, which is the most important transport artery of the country. The Danube connects Bratislava, Vienna, Budapest, connecting Slovakia, Austria, and Hungary, respectively, and thanks to the Danube-Rhine-Main canal connects the North and Black Seas.

Car rental
Car rental is possible with a driver’s license, passport, and credit card. You can also pay in cash, but you must leave your credit card as a deposit. The amount of the rent depends on the car and the rental period, as well as on the day of the week – on weekends (from 3 pm on Friday to 9 am on Monday) and holidays the prices are slightly more expensive (excluding distance). In addition, daily accident insurance (usually € 10) and theft insurance (also € 10) are charged. All major international car rental companies are represented in the country.

Additional Information
Parking in the city center is possible only in selected parking places. In big cities, parking tickets are used for payment.

They are attached in a conspicuous place in the car. You can buy a ticket at parking machines, tobacco, and newsstands, from a parking worker, or send an SMS with a car number to the number indicated on the parking machine. For parking a car in prohibited places, police can give a fine, block a wheel, or evacuate the car. 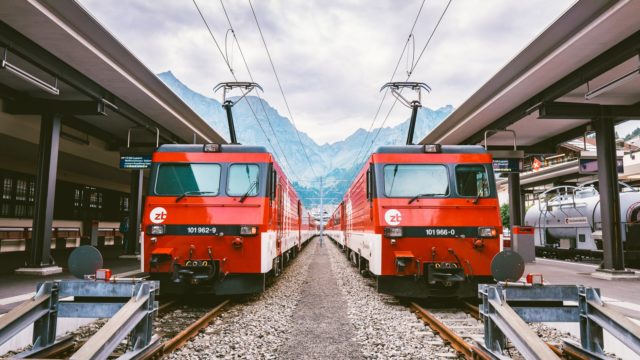 previous
Obtaining a mortgage in Slovakia
next
Slovakia TOP-10 Places