1. Bratislava is the only capital in the world which borders two countries at once. The city is adjacent to Austria and Hungary. This is the only capital in the world with such an unusual location.
2. Slovakia ranks third in the world in terms of the number of preserved castles of the XIII-XVII centuries, protected by UNESCO. The most famous of them are Bojnice, Spissky, Oravsky, and Strechno Castle.
3. The backbone of the Slovak economy today is the automotive industry. Slovakia produces the largest number of cars per capita in the world – 191 per 1000 inhabitants.
4. The parents of the American artist and founder of pop art Andy Warhol were from the Slovak village of Mikov. Warhol’s father, Andrei, immigrated to the States in 1914, and his mother, Julia, moved in with him in 1921.
5. There are no million-plus cities in Slovakia. Even in Bratislava, there are only 431 thousand citizens.
6. The Slovak designer Stefan Banic invented the army parachute in 1913, which was used in particular by the US Air Force during the First World War.
7. The most popular sports in Slovakia are football, hockey, and tennis. Internationally, the most successful sport in Slovakia is ice hockey. As of 2017, the country is among the top ten teams in the world according to the IIHF world ranking.
8. Slovakia is in second place after Austria in terms of reserves of natural freshwater. In Slovakia, people can drink high-quality water directly from the tap.
9. Favourite alcoholic drinks of Slovaks – boletus – alcoholic tincture on juniper berries, and also plum brandy – tincture on plum.
10. The Gerlian geyser located in Kosice is the only source of cold artesian water in Europe. It erupts about once every two days, more precisely, after 32-36 hours. 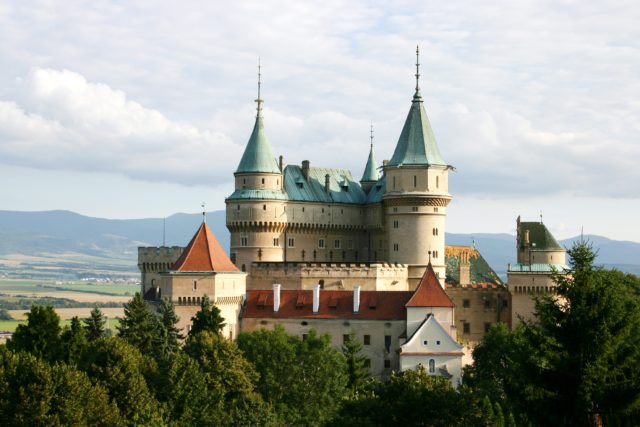