In Slovakia, at Christmas Slovaks prepare not only special dishes but also set the table in a special way – a carp scale is placed under the plate, which at the end of the dinner is transferred to the owner’s wallet so that he will live in abundance next year. Slovaks believe that Christmas night is a night of miracles, so every superstition comes true.

Then the apple is taken and cut it in half across. If a star appears after cutting, this means that the year will be happy, if a cross appears, there is a risk of illness or death. Everyone at the table should take a bite of an apple to show that he cares about the family circle and that he is happy to be part of it. Walnuts are in a similar situation. If a beautiful healthy walnut appears under the shell, then the whole year will be good. If black appears, then there is a high probability that something unpleasant will happen.

There should be a plate on the table for a casual passer-by, as a symbol of mercy.
It is said that if there is bread in the house, you will never be hungry. Therefore, at least a slice should be present on the Christmas table.

The basis of Christmas Eve is fish, which in ancient history also had a symbolic meaning – scales resembling coins were placed in a wallet, which was supposed to provide prosperity in the family for the next year. Previously, boiled or baked trout and pike perch were the main meals in Slovakia, and gradually they were replaced by carp. Today, traditional fried carp is not as traditional as it used to be. Today, people prefer salmon or freshwater fish. Each family has its own traditions, but usually, fish is served with mayonnaise or potato salad with onions or mashed potatoes.

In addition to fish, one of the most common Christmas dishes of the Christmas Lavish Supper is Kapustnica – cabbage soup with mushrooms, sausage with lots of red pepper, served with bread. Since there is no original recipe, everyone adds what they like – potatoes, plums or apples, smoked meat, and so on.
Each region of Slovakia has its own characteristics, so you can also find lentil, pea, or even fish soups on the table.

The pleasant smell of baked goods lingers in many homes at least a week before Christmas. Honey cake (medovníček) is considered as classic, but there are many more Christmas recipes. Vykrajované (sliced ​​biscuits), zlepované (cobbled biscuits), linecké (shortbread biscuits), medové and orechové (honey and nut cakes) and, of course, the egg liqueur, without which many Slovaks cannot imagine Christmas.

Each family adheres to its own traditions, every couple of generations change Christmas customs or complement each other, but the essence remains the same. Christmas is a celebration of peace and tranquility and should remain so for future generations. 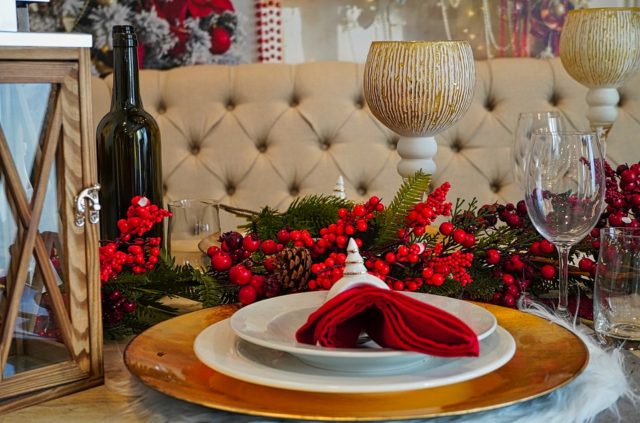 previous
Where to relax in Slovakia: Tatras
next
World famous Slovaks